This website has been archived. For the latest information about WorldSkills please visit www.worldskills.org.

Join us in October for the 2016 WorldSkills General Assembly in beautiful Niagara Falls, Canada. The GA is the global platform for structured meetings around skilled trades and technology strategic planning. For the first time, this event will be co-hosted by two countries, led by SkillsUSA and Skills/Compétences Canada. 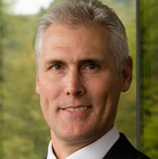 It our great pleasure to bring the WorldSkills community together in Niagara Falls, located on the longest international border in the world. On behalf of all WorldSkills Members and Global Partners, we would like to thank our hosts, Skills/Compétences Canada and SkillsUSA for hosting WorldSkills General Assembly 2016.


We are excited to be the guests of two WorldSkills Members, each with robust national skills competitions, programmes, and missions that improve the world through the power of skills. Canada has been a Member since 1990, hosting two WorldSkills Competitions, first in Montreal in 1999 and in Calgary in 2009. The United States of America has been a Member for over 40 years, joining in 1973. In 1981, Atlanta hosted the international skills competition and most recently in June welcomed the WorldSkills Board of Directors and CEOs of the national skills organizations in Louisville.

This powerful and awe-inspiring location serves as an ideal backdrop to establish the next phase in WorldSkills development. Vision 2025 will respond to the dramatic growth of WorldSkills membership and new opportunities presented, its new partnerships with international organizations, agencies, and companies, and the potential to significantly increase its impact on the development of skills excellence for countries and regions, industries, and individuals.

The strength of WorldSkills is reliant on the collective commitment of our Members, Global Partners, and stakeholders. We are grateful you are joining us for the General Assembly, contributing to the next chapter in the WorldSkills story.

Thank you again to Skills/Compétences Canada, SkillsUSA, and their partners for supporting this event. We are grateful for your warm hospitality and contributions to WorldSkills.

Skills/Compétences Canada and SkillsUSA would like to extend a warm welcome to the more than 300 international delegates, guests and partners who will be joining us for the WorldSkills General Assembly Niagara Falls 2016, in the beautiful city of Niagara Falls, Ontario.

The city of Niagara Falls is a geological wonder and welcomes approximately 12 million visitors yearly. Today Niagara Falls and its waterways represent the largest source of hydroelectric power in the world! Known for it’s majestic backdrop, Niagara Falls is the collective name for three waterfalls that bridge the international border between Canada and the United States. Horseshoe Falls (the largest of the three) pours 5.5 billion gallons of water hourly, making it the world’s largest waterfall!

The city represents a key link between Canada and the United States, which makes it a perfect fit for Skills/Compétences Canada and SkillsUSA to join forces for this international event. The partnership between Skills/Compétences Canada and SkillsUSA is a natural extension of the warm, long-standing friendship between our North American countries. The 2016 General Assembly will bring together representatives from 75 WorldSkills Member Organizations from across the globe and is a great opportunity to network with global education and industry leaders and skill experts to discuss the future of skilled trades and technologies. The GA also represents an opportunity to contribute to the development and ratification of the 2025 WorldSkills vision.

We would like to thank all of our industry partners for their ongoing support and for helping us host this event. We look forward to a successful and impactful 2016 WorldSkills General Assembly. We will be so happy to meet everyone over the next few days.